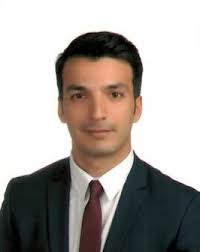 Turks have been blamed for a while, with turning into anti-western. Does this really make sense? How could a nation that has already been a part of the Western world, as the history says, and always taken its place there, turn into anti of it? What makes this possible?

No need to go that much back, let’s take the history of the EU. The EU was founded, besides its all other goods, on one solid and greater value: peace. The main purpose was to make those nations that came out of the World War II to inter-depend to each other by several means, like trade, to maintain peace in the continent and not to go to war again since they would lose many. And leaders at the time were such visionary.

Turkey has played its role in that peace project from the beginning with its membership to Council of Europe in 1949, right after the war. Since then, Turks have been in cooperation with their western allies to preserve the peace in the region and they became the most correspondent partner.

Turkey’s relationship with the EU has created mutual benefits for both parties. Talking from the Turkish side, especially during 90’s, the EU’s efforts to contribute into Turkey’s democratization and liberalization ware remarkable and Turks have always been thankful for that. Many Turks believed in the EU’s genuine mentoring to push Turkey to become a more open society. More importantly, many of them felt proud to be a part of such a process because what they then saw in the EU was exactly democracy, liberty and peace.

And now, what many Turks see in the EU is disappointment. It is not anti-westernism or opposition to Western values, but their reaction to incapable European leaders and bureaucrats who underrate the EU’s founding values and turn the union into useless governmental organization that is dealing with regulations but has no interest in stirring political principles or economic interactions.

Frankly speaking, the EU has been facing with the worst leadership and administration of its history. Taking the recent cases as a proof, the Brexit, refugee crisis, Greek economic crisis etc., the EU seems like a giant that tripped and fell. And leaving to hold somebody responsible for this aside, nobody is even criticizing the EU leaders and bureaucrats. However, they are obviously unsuccessful regarding to set the EU values in motion and to administrate it.

Nobody also mentions how the EU fails to do politics in the last few years. In many crises it faced, EU leaders and bureaucrats pushed the union to become more withdrawn and left it without politics. Regarding to its relationship with Turkey, starting with the Syrian crisis, instead of opening more political areas to Turkey, the EU stopped almost all political interactions with the country and pushed Turks to a depolitical area. Turks suddenly found themselves in a place where they have no political interaction with the EU. The EU almost completely stopped membership negotiations with the country, in addition to its closeness to talk on regional problems, like refugee crisis and cooperate to solve them.

Seeing no reaction from the EU in 15 July attempted coup made the whole roof eventually fall  in. Turks were convinced that they were obviously forced to violence by “depoliticism” of their western allies. More clearly, Turks saw their western friends already accepted the outcomes of a possible coup as they did for the one in Egypt. And that was such a disappointment, since they thought as a nation who were faithful to Western-claimed principles and whose destiny was shaped by western history could be sacrificed that easily.

Are Turks anti-western? The answer is a clear no. Are Turks disappointed by ineffective EU leaders and bureaucrats who do not care about the EU values? Yes.

After President Erdoğan appeared on TV, we learned that...

Why is Marxism Still Popular in Academic and Intellectual Circles?

I think there is an important question that needs...

The Forgotten Liberalism Within Islam

Today, in most minds, the words “liberalism” and “Islam”...